With the excitement surrounding the announcement of StarCraft Remastered I wanted to write a post that paid homage to the original.

I tossed a few ideas around, but ultimately decided I wanted to try a game of StarCraft II where both players only used units that exited in Brood War.

Before you stop me, yes, I’m aware this is nothing remotely like actually playing StarCraft Remastered. But it still seemed like a fun idea, so I hit the ladder and got to work!

I did this with random ladder opponents not in custom games with a friend, so I had to face a lot of rejection as unsurprisingly a lot of ladder players aren’t playing SC2 to have a fun time and fool around.

Of course, we have to establish the ground rules. How strictly are we limiting ourselves to Broodwar? Are upgrades that didn’t exist in Broodwar allowed? My opponent got Charge for his Zealots, and there were points I chose not to get certain SC2 upgrades such as Chitinous Plating or Pneumatized Carapace that did exist in Brood War simply because I felt like they would be unfair in this context.

Conversely, at a certain point I realized this wouldn’t work if I didn’t cheat and let myself use Overseers. 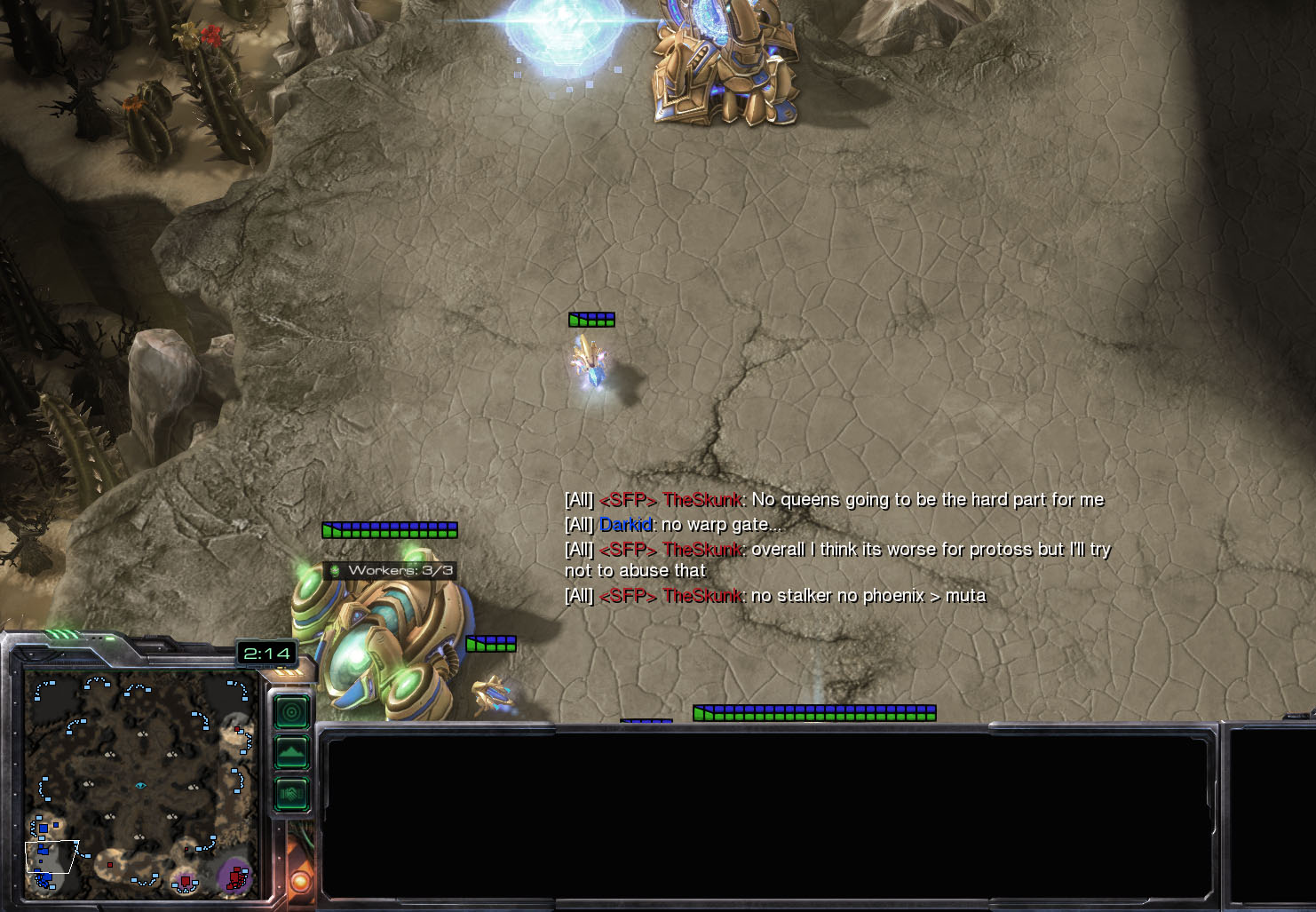 However, since this was not a premeditated game but something we did on the fly on the ladder, we didn’t have the time to establish a set of limitations. This is about as close as we got to establishing ground rules.

While there were some initial fears the game might just be broken when played with these limitations without the units that existed in Brood War that we didn’t have, my first fear was that my opponent was playing me for a fool for free ladder points. As in any game of StarCraft, scouting is very important even if you have supposedly made a gentleman’s agreement with your opponent. 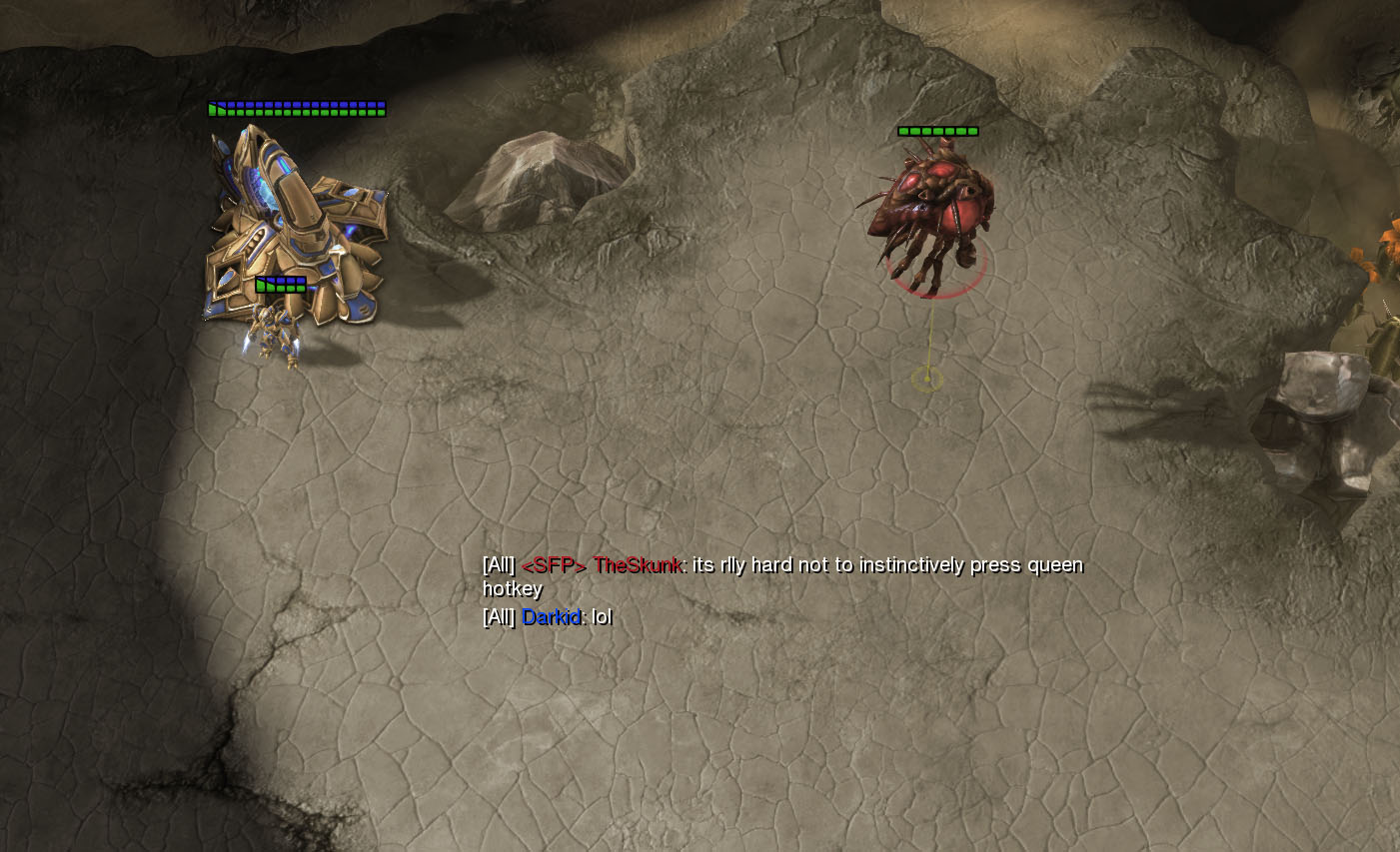 However, at the 3 minute mark I scouted him building Zealots out of his Gateway with no Warp Gate on the way, so I moved on to my next-largest concern. Despite having played primarily Protoss for years, in this case I was playing Zerg and I was inclined to believe that it was worse for me to lose both Creep and Larva Inject than it was for him to lose Warp Gate.

Regardless of the unit limitations, how on earth was I going to get enough Larva?

For the early-game, my largest concert was he would kill me with pure Zealots since I couldn’t build Roaches, Queens, or Banelings. Having seen that he was indeed playing along with my idea, I sort of presumed he wouldn’t cheese me. Needless to say, I decided the best course of action was to be insanely greedy but have excellent map vision with Zerglings near any possible attack rout so if he did decide to do that I could build as many Spine Crawlers as I could and pray for the best.

Now, let’s take a step back and look at both of our strategic options. After seeing he wasn’t going to Zealot cheese me, I decided to treat him with the same respect and not rush Mutalisks, which, I theorized, would easily crush him when he couldn’t build Stalkers, Phoenix, or even use Overcharge for defense. But looking back, I’m not sure that’s the case.

The lack of inject means I can’t ramp up my economy very quickly. If I tried to go Mutalisks I simply wouldn’t have the Larva to both harvest that much gas and minerals and build Mutalisks at the same time. Conversely, while he didn’t actively use Chronoboost, he couldn’t disable it entirely so he left it on all of his Nexi. This meant his Probes built fairly quickly and his own economy ramped up faster than mine. He could use Cannons for defense initially with his economic advantage, work up to Archons and Storm to defend off the Mutalisks, and then start adding Carriers which could take Mutalisks in a direct fight and begin to push towards my base.

On my side of the table, while my early-game ramp is shaky I would argue my mid-game is much stronger. On the Protoss side of things the entirety of the Robo bay is nulled.  Immortals, Disruptors, Colossus, and Warp Prims are all off the table. Meanwhile, I’m allowed to build Hydralisk and Lurkers which arguably capitalizes on his lack of Robo Tech perfectly. The Protoss is forced into basically Zealot Archon High Templar, all produced without Warp Gate.

You can theorycraft all day about what the ideal way to play under these limitations would be, but the circumstances we found ourselves in was Hydralisk Lurker vs Zealot High Templar Archon.

I first I believed it would be an easy victory for me, but up until this point I had not built Overseers so Dark Templar kept him alive.

It was at this point I realized I would need to break the rule and build Overseers. I would have been willing to not use Overseers if I could spread creep and move forward Spore Crawlers or use Fungal Growth, but with those options off the table it was pretty clear.

I found that during the engagements I couldn’t clump my Lurkers or they’d be killed by Storm. This made pushing very tedious as I had to carefully leap-frog my Lurkers. This meant that while I was slowly pushing he could peel off units and Storm clusters of Hydralisks, wearing me down as I pushed, until finally my Lurkers were left bare. It quickly came apparent that while the lack of injects didn’t hurt me too badly early, to be able to replace my Hydralisks as they were devoured by Storms meant I would need a lot more Hatcheries.

At this point we actually seem fairly matched, but the entire time I was sweating bullets and wondering when a fleet of Carriers would arrive. If my Hydralisks were peeled off so easily, I wasn’t sure how I would deal with the Golde Armada backed with Psi Storm when I couldn’t build Corruptors, Vipers, Infestors, or even Queens. My only anti-air options are Mutalisks and Hydralisks, and while if I had gone Mutalisks from the start I might have been able to harass him and wear him down well enough to kill him with a Hydralisk max-out, but it was late enough in the game now those options were out of the table and I simply didn’t think I could build an army capable of beating Carriers.

The only late-game unit I could build was Ultralisks, so that’s what I tried. (Without Chitinous Plating, mind you)

Unfortunately, throughout the entire game he rarely scouted me and he was not aware of three of my bases or any of my tech, and, for some reason, he was not going Carriers. I don’t know if it was courtesy because he thought it would easily destroy me, forgetfulness, or simply because he had felt forced into High Templar Archon to deal with my composition and didn’t have the time or money to switch. He valiantly attempted to delay me with sim-city while throwing down some Stargates in a panic, but at this point I had won purely due to economy. 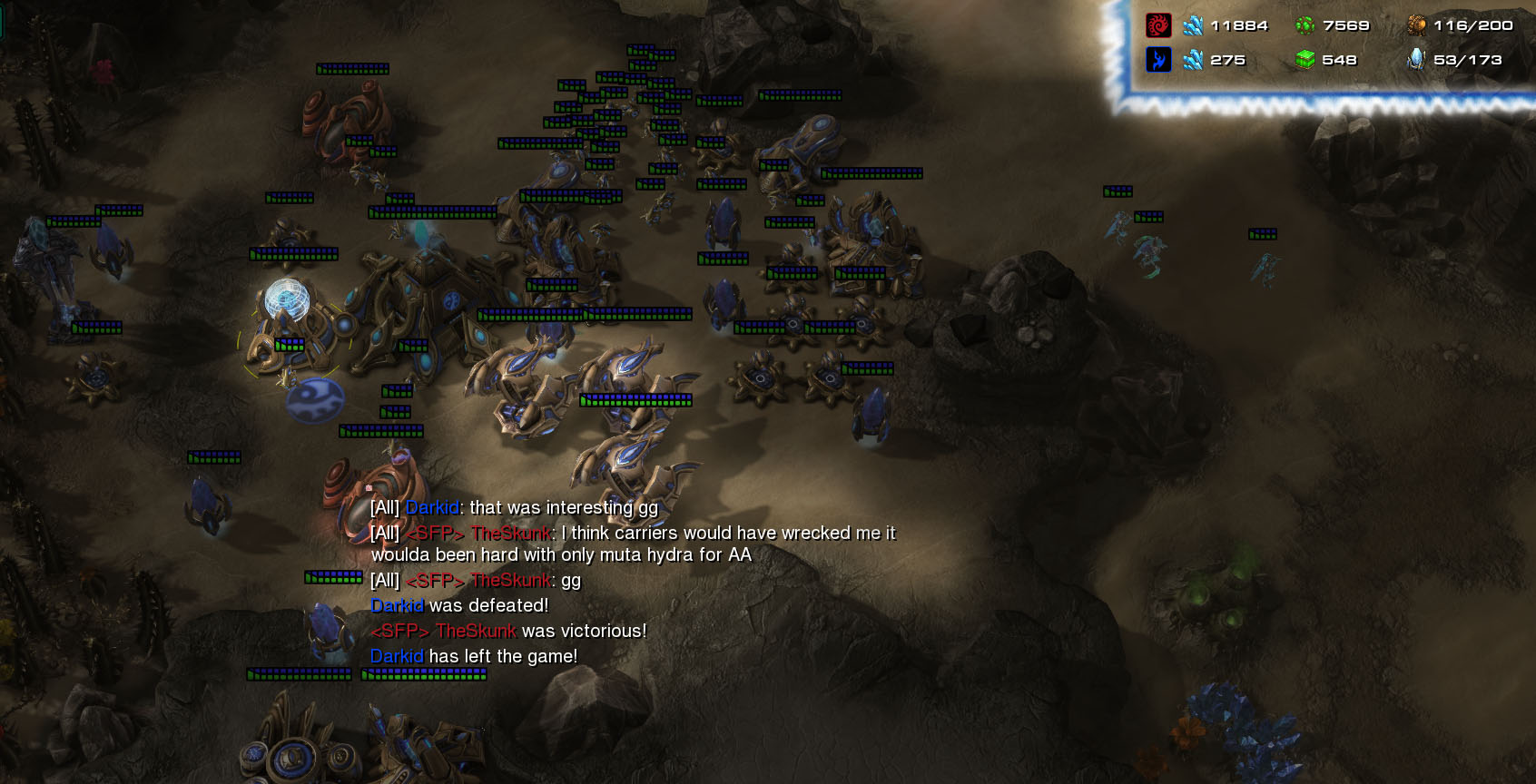 In the end, my conclusion is very similar to the series on Improving by Statistics. I had meant for this to be a retro throwback not a moralistic post, but I the end I think it serves as a valuable lesson on macro. Despite us both being Diamond players, I was able to completely dominate him not through strategy but minor differences to my approach at macro. At the leagues below Masters you can often be miles ahead of others not for minor mechanical improvements like improving your worker production by a few seconds, not missing production beats, or hitting all of your injects but by your bigger-picture approach. I simply expanded many more times then him, and the act of throwing down a few more Hatcheries at some expansion points is pretty easy compared to the incremental second or half-second improvements to the other aspects of my macro.

This is true no matter what RTS you are playing — StarCraft II, Broodwar,  StarCraft Remastered, or StarCraft II with silly artificial limitations. Just knowing that when you have a massive bank you should throw down a lot more production facilities so you can re-max faster can have more of an impact on your victory than what types of units you built.

As always, we love spotlighting community content, so send one of your own replays for us to spotlight next in the comments, or send a suggestion to us on FaceBook or Twitter! In the next episode we’ll be featuring replays sent in by long-time Replaystats fan, Railgan!