This week’s replay is from long-time Sc2ReplayStats user Railgan who has over 4,000 replays uploaded. Most recently known for playing two games of StarCraft II at once, Railgan is a regular member of the Sc2ReplayStats Discord and sent us several replays to look over for the Replay Spotlight.

I didn’t watch the replay in advance, but Railgan is a Grand Master level player known for cunning builds like the Lurker Drop Rush vs Terran, so I was excited to spotlight one of his replays.

Right off the bat we have both players being aggressive, but our Zerg player Railgan takes the worse end of it.

I guess he just isn’t comfortable getting things done with Zerglings, because he techs to Hydralisks as fast as possible. Once his Hydralisks are out, Railgan starts to hit his stride. 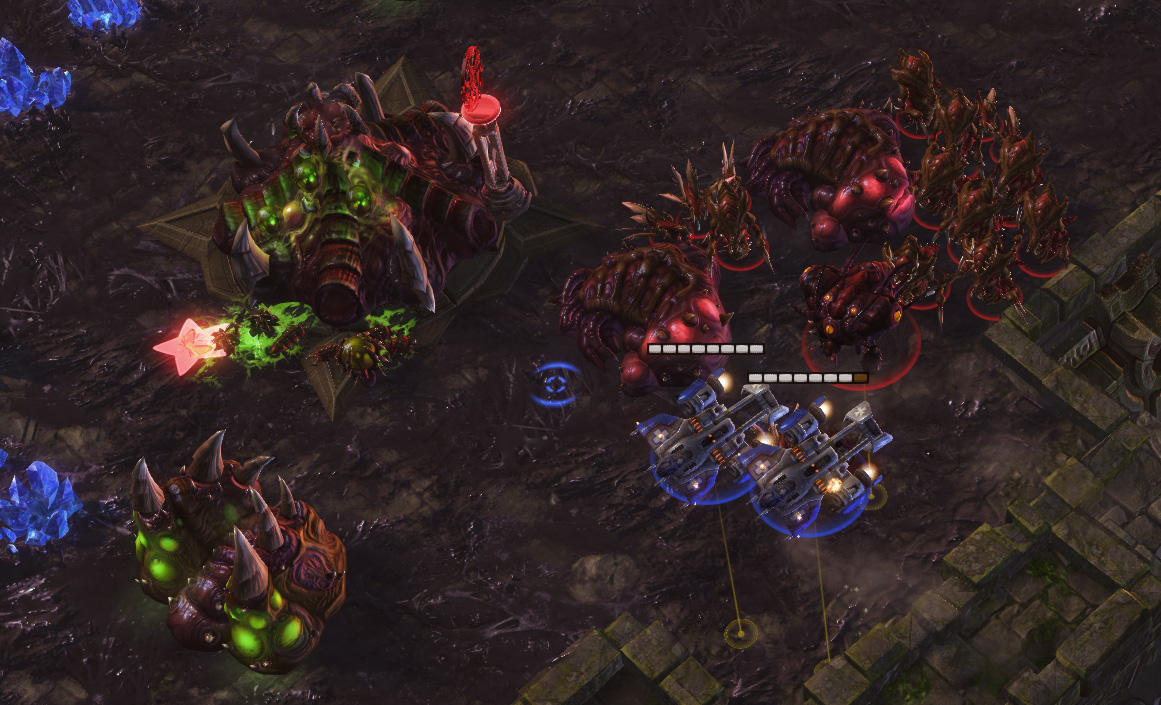 With Hydralisks out, Railgan easily defends a double drop

The game really looks like it’s about to heat up when Railgan loads 6 Drop Overlords full of Lurker Hydralisk.

. . . but a clutch scan catches it, and Railgan’s plan is foiled. 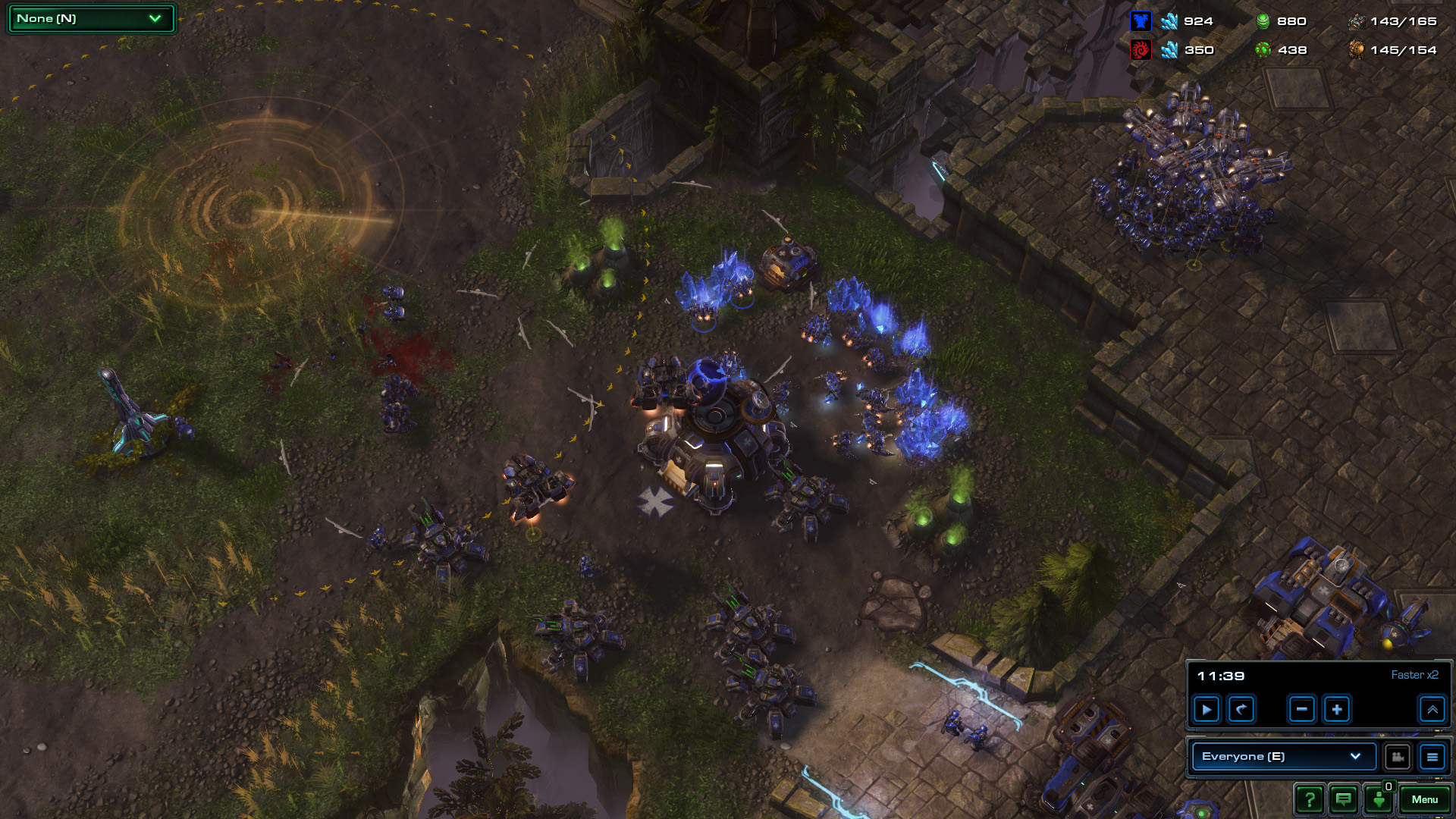 Faced with formidable defenses, Railgan has to back off.

This time, the Terran has plans for action. 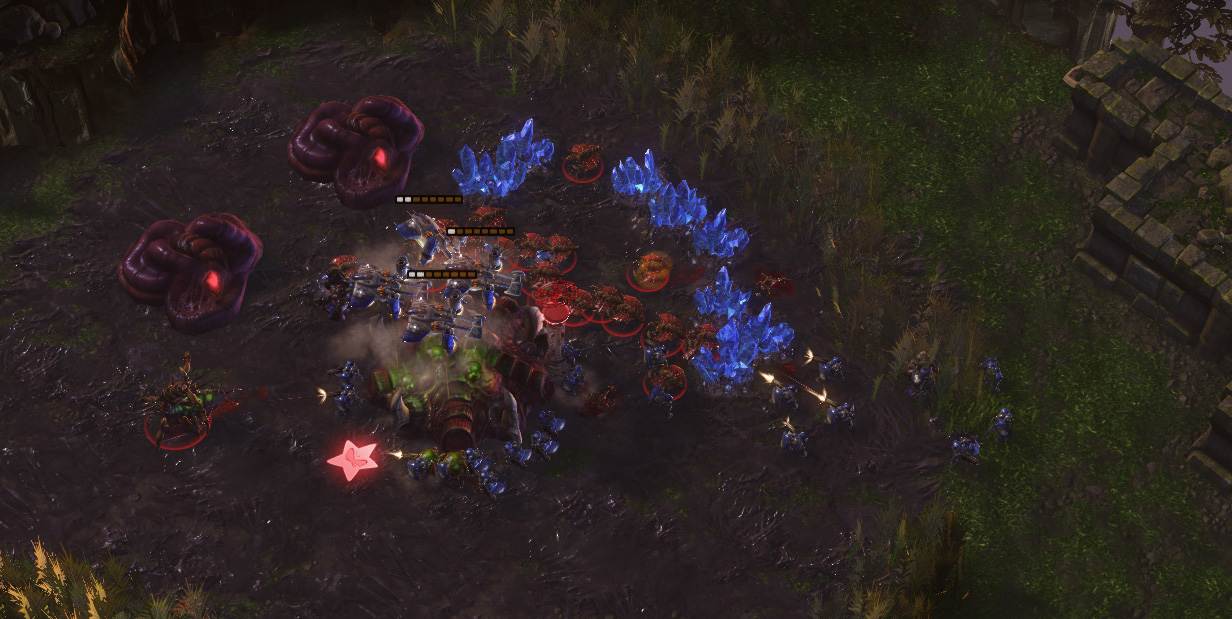 A massive drop on the fourth 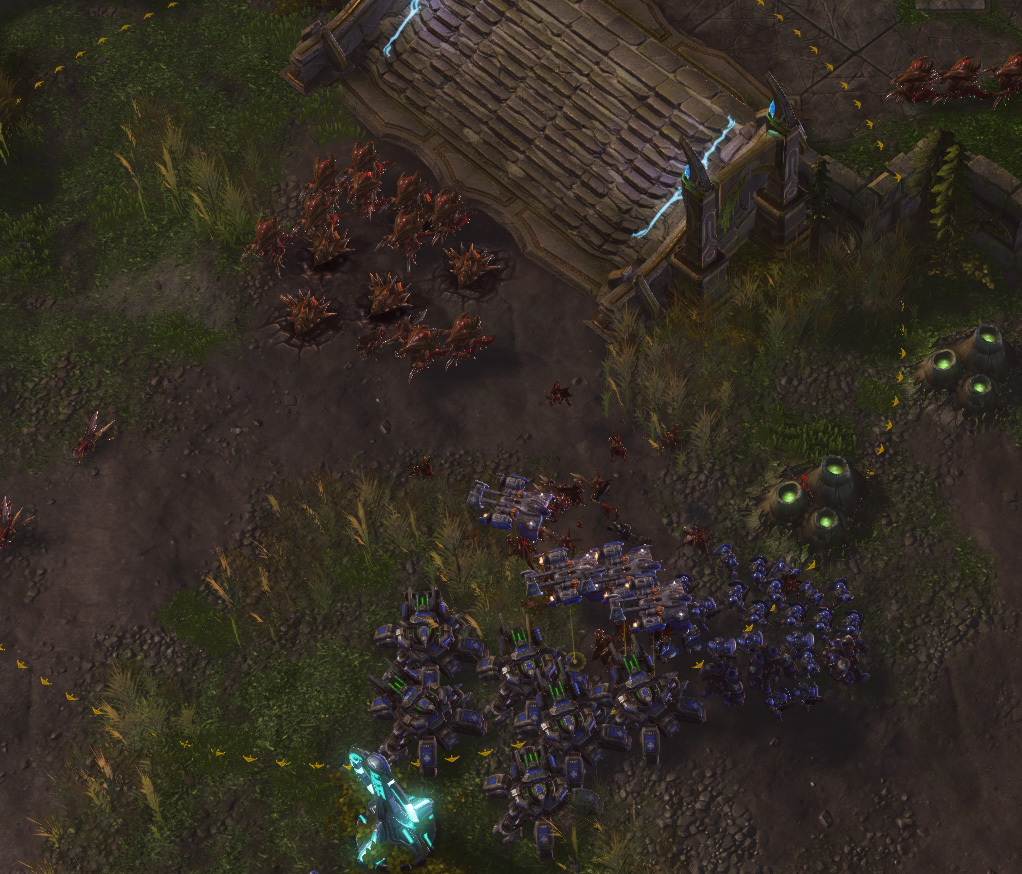 And a big push on the third

This split push leaves Railgan down two Hatcheries, but due to the Terran’s lackluster macro, Railgan is still ahead in not only income but also upgrades. The only area Railgan is behind in is army supply. 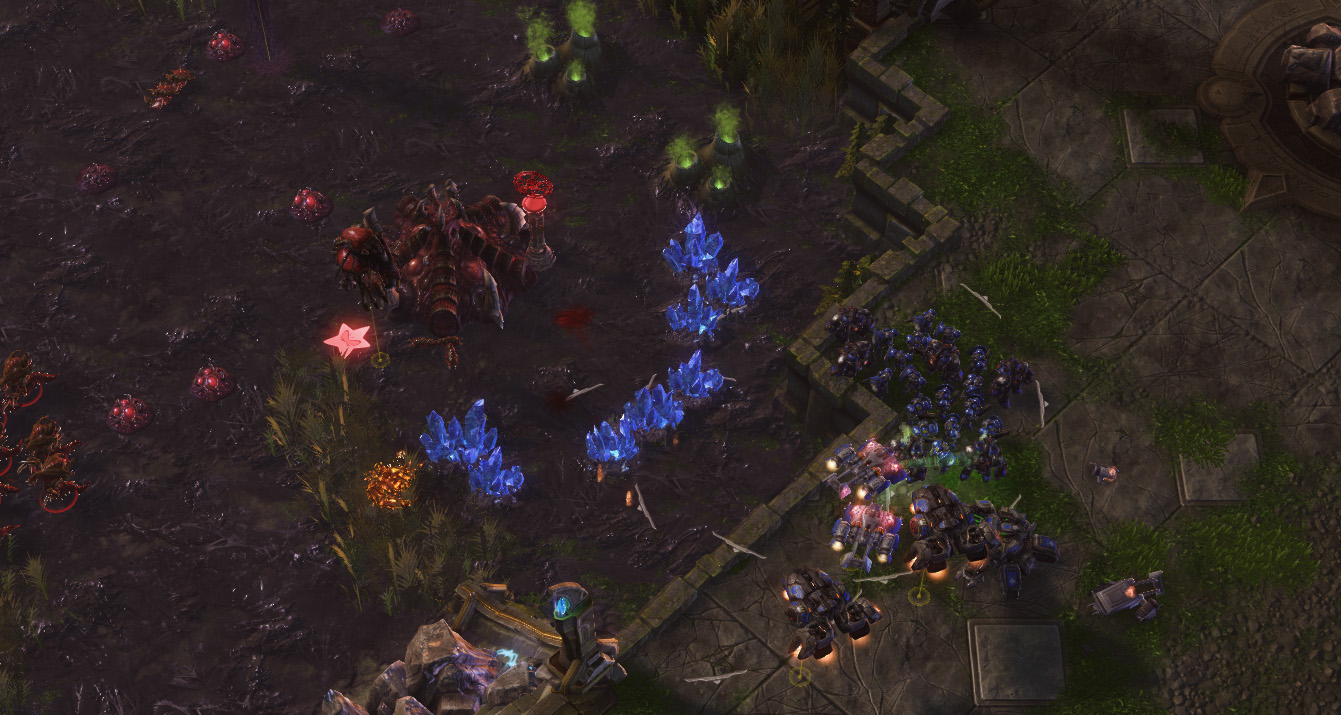 Unfortunately for Railgan, the Terran player realizes that and capitalizes on his army advantage by shutting down Railgans mining putting him ahead in all categories.

The Terran, over confident, starts to take fights without his formidable Liberator and Siege Tank support.

With Lurkers support, Railgan is able to hold on and take superior trades.

Our Zerg player is still behind in supply and income, but with some of the Terrans stronger units at home Railgan buys enough time to get out Vipers, allowing him to totally dismantle the remaining Terran forces.

Just a few Lurkers taking pot-shots can quickly shred a Terran army. With that, both players are now even in econ and army supply with an upgrade advantage for Zerg

Having regained control of his side of the map and built up his Viper count, Railgan is out of the danger zone and both players are on level footing. It’s up to the next few fights to set the pace for the late-game.

A hallmark of this game has been players putting themselves ahead in some areas, but behind in army supply, leaving them open to an attack that swings the game in the other direction.

The Terrain continues this tradition by splitting his forces again, leaving a fair chunk of bio and some expensive Liberators behind.

This was a questionable decision, as it through away a massive amount of his forces and the only meaningful thing it did was prevent more Vipers from being built. 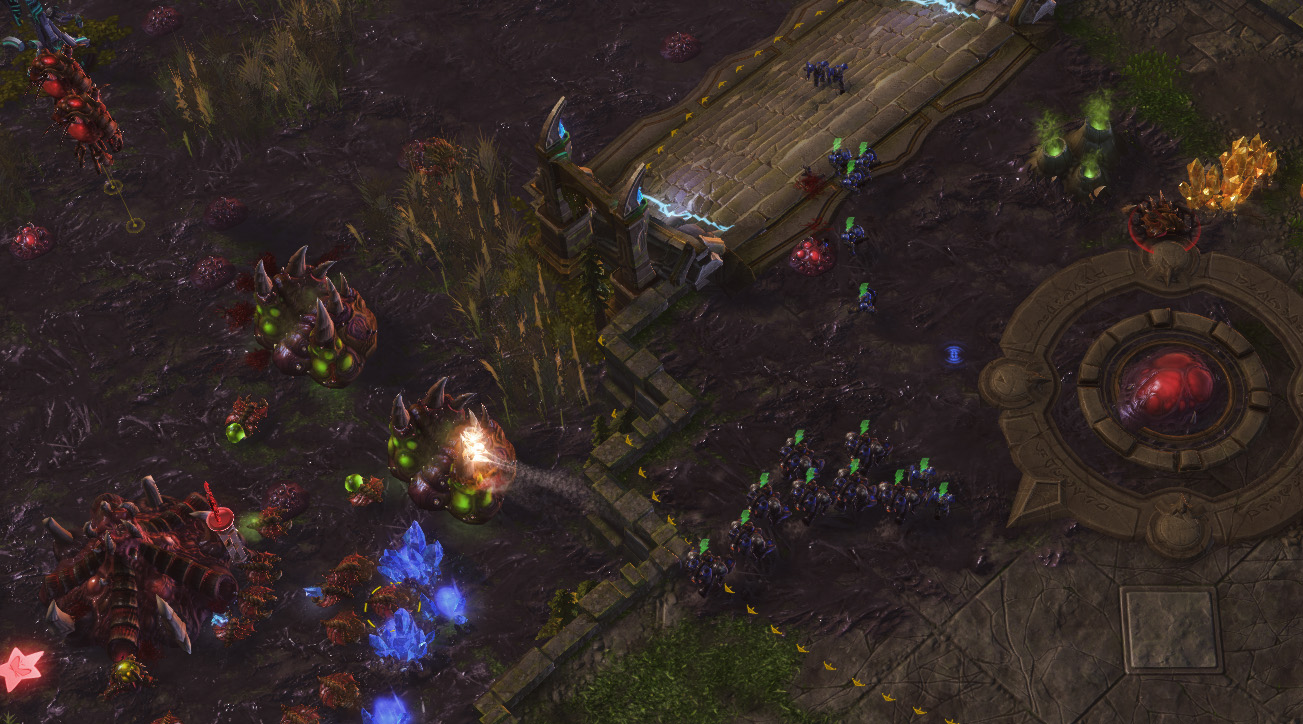 However, at the same time the Terran player attacked Railgans other bases, canceling a base and delaying mining, gutting Railgan’s already shaky economy.

This time it’s Railgan who is ahead in army but behind in econ, and needs to get something done with his temporary army advantage before the Terran’s economic advantage closes the army supply gap. The Terran realizes this, and opts to give up defending in order to put on more pressure. 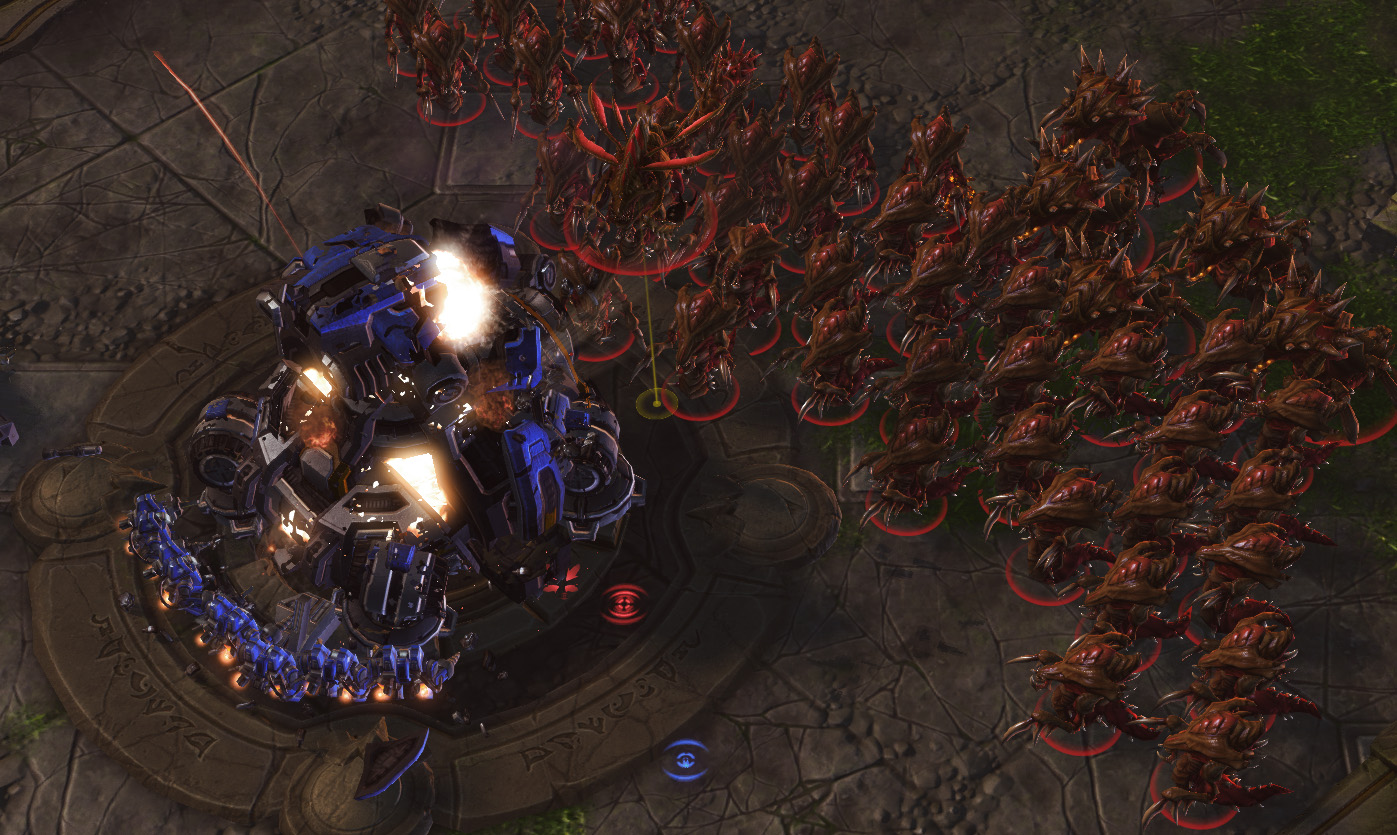 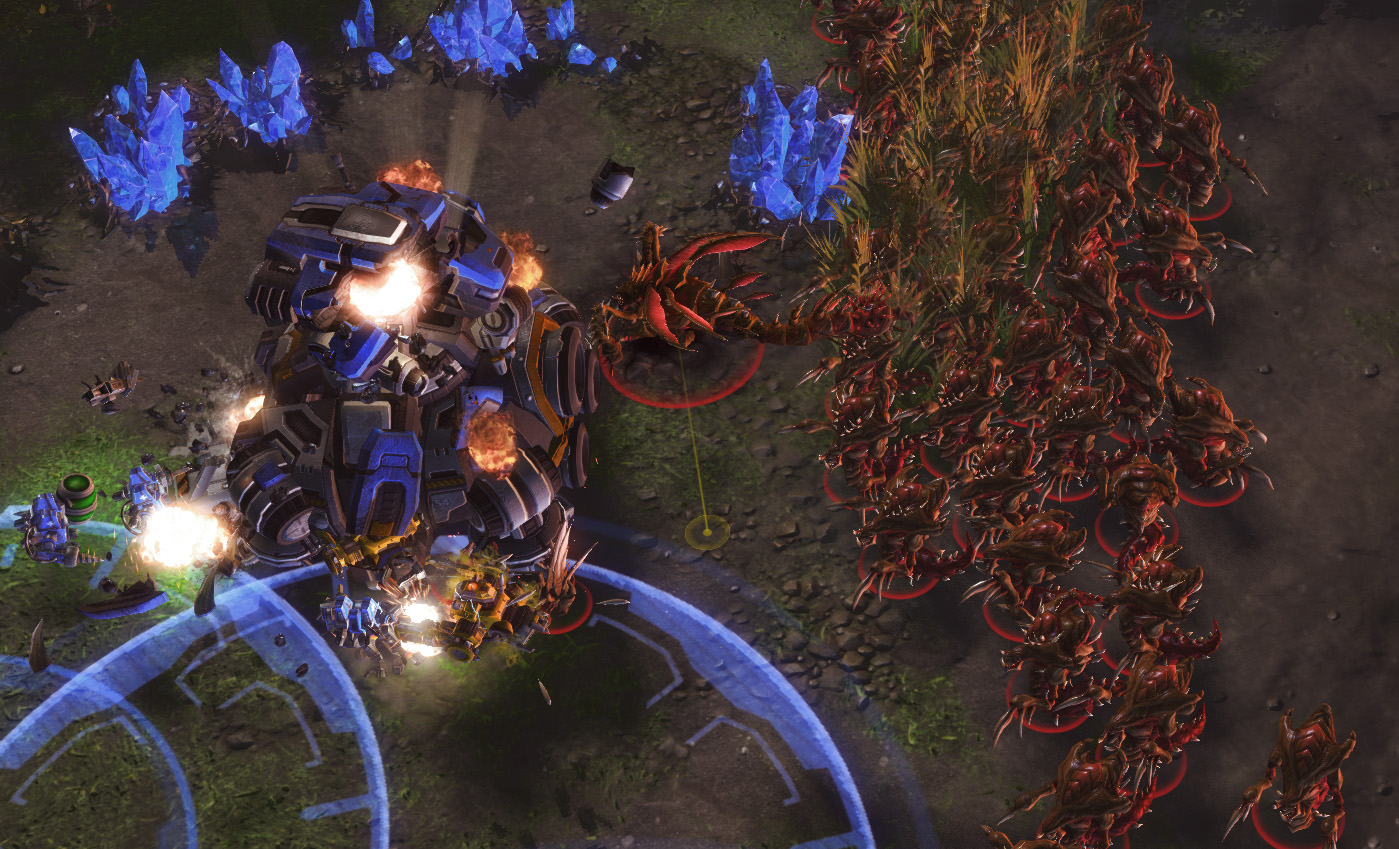 . . . but comes back to his base to find his remaining tech destroyed and many bases killed.

Once again the positions have swapped, with Railgan behind in army but significantly ahead in income. While the army supplies only somewhat favor the Terran, Railgan is stuck on pure Hydralisk while the Terran has a health Siege Tank and Liberator count.

Railgan tests the waters before realizing the Terran has too many high-tech units  and leaves.

On the other hand the Terran gravely underestimates how far behind he is economically. Railgan has nearly 4x the income and is quickly teching back up to Vipers.

As throughout the course of the entire game, one player is economically behind but ahead in army. But while previously the player ahead in army would realize it and counter-attack, the Terran finally (but inevitably) fails to realize this. By the time he attacks, it’s too late.

Victory! In the end, Railgan won with patience and a keen mind for recognizing when he needed to attack with an army advantage and when he needed to defend with an economic advantage. Taking fights when Siege Tanks and Liberators weren’t around kept him from losing when things were shaky. Well played!